The Fluted Beams company has equipment that can process hardwoods using moisture and pressure so that the resulting material can be bent without steaming or heat. The equipment and technology is supplied and licensed from Compwood® Systems of Denmark.  Fluted Beams is the only company currently licensed in North America to produce the Compwood® product and now markets their material under the Cold-Bend™ Hardwoods brand name.

The effect of the processing does more than make the wood flexible. Wood fibres are shortened and compressed creating a denser and more consistent material. The tonal response of the material has been proven for drum shells and at the time of this writing, at least three rim makers (including the author) are working on banjo rims made from Cold-Bend™ hardwood. The company's brand name for rim blanks of their own manufacture is PureTimbre™. 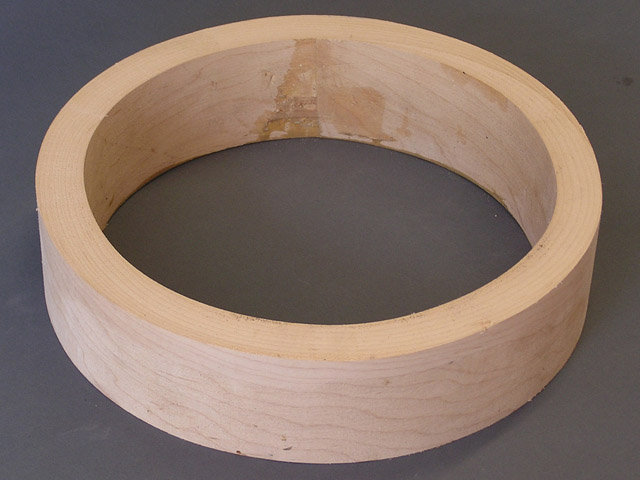 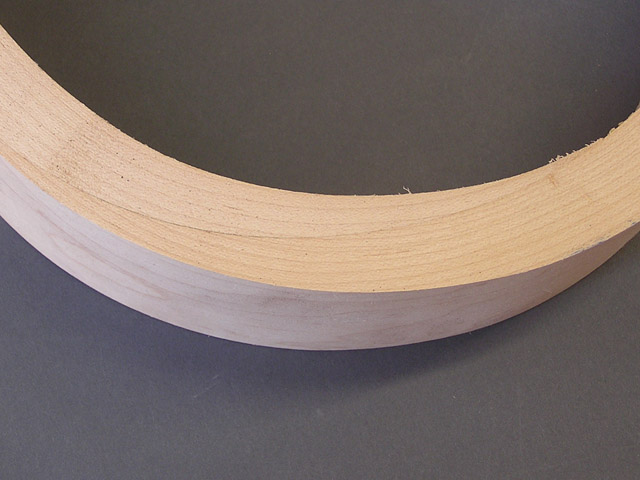 The workmanship on the PureTimbre™ blank was outstanding. The scarf joint was so fine as to be almost invisible.

I decided to make two rims topped with African blackwood (Dalbergia melanoxylon), a true rosewood. The tonal qualities of African blackwood are well known. It is one of the species sometimes called grenadilla. It has been used in marimba bars and to create the finest clarinets and other woodwind instruments. My own tests have shown it to be consistent in it's qualities for banjo rims. I would describe these qualities as follows: rich tone with a lot of presence, consistent tone up the neck, good treble response up the neck. 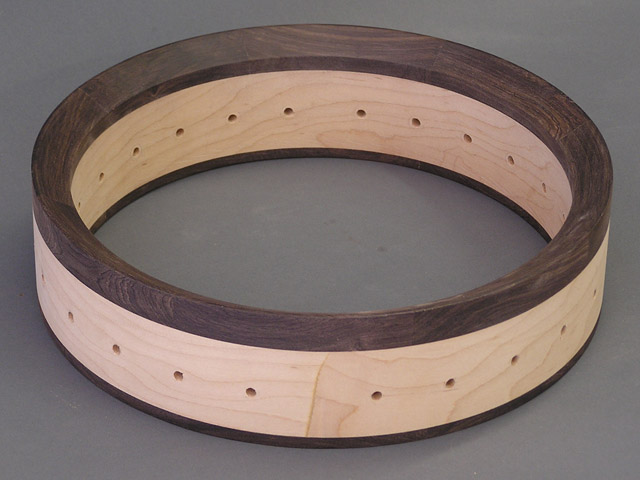 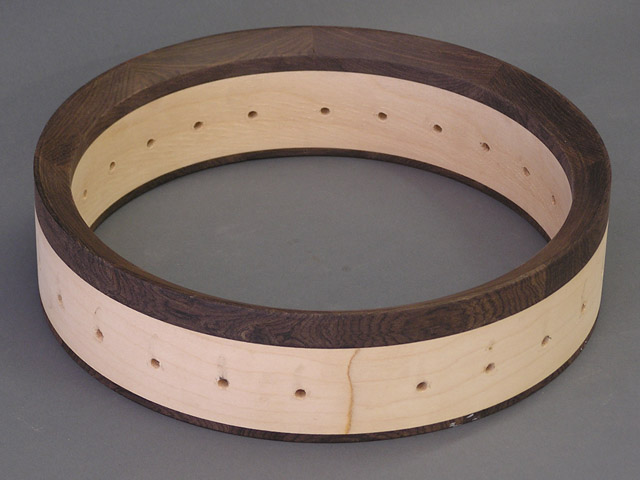 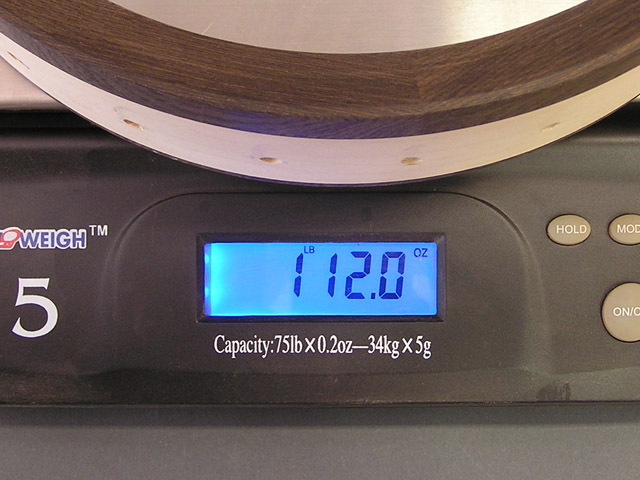 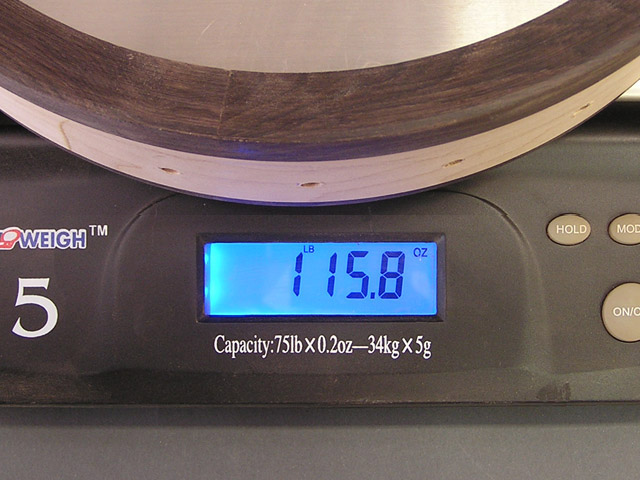 The compression of the material during processing of the wood in the PureTImbre™ blank is the likely cause of the weight differential. There may be a tonal advantage to the compressed wood fibres.

While the rim made from the PureTimbre™ blank was demonstrably superior I want to make it clear that the Cooperman company makes a consistently excellent product. The Cooperman blanks may be a better value for the small shop or casual builder because the price of PureTimbre™ blanks, when they are firmly established in the marketplace, may be significantly higher than that of Cooperman blanks. The time I have available for testing new product ideas is limited. The rims used in this test may have benefited from a looser or tighter head, different bridge or other factors. I tested both rims on my rim tester. A real banjo neck may have altered test results as well. I simply did not have the time to tweak the results of the respective rims.

These sound clips were recorded direct to a Macintosh hard drive using an MAudio Nova microphone via Presonus Firebox. I used Ableton Live software to normalize and export aiff files. I used Itunes to convert the aiff files into MP3s.

A couple of disclaimers about the recordings: My middle and third finger nails were too short and I had to play with my pinky finger. This threw off my playing a bit and added to the trebly sound of the recordings. My rim tester needs some fret leveling, so there are some overtone-like sounds which were contributed by minor fret buzzing. Finally the purpose of the recordings is for comparison. I made no attempt to present a faithful reproduction of how the rims sound in person.

As the player who made the sound clips above, I naturally tried to make each rim sound as good as possible. During this experience, the most important indicator was that getting a first-rate tone from the PureTimbre™ was simply less work. The change from the Cooperman to the PureTimbre™ rim was anagagous to playing an electric guitar with and without a device called a compressor. I did not have to adjust my attack as precisely in order to get an even, pleasing response. The overall tone of the PureTimbre™ rim was fuller, The presence of mid tones is evident in almost all of the sound clips. The exception is the Arkansas Traveler comparison in which mid tones sound about equal.

The lowest tones seemed about equal between the two rims. This is evident in both the Flop Eared Mule and Arkansas traveler clips when you compare the open fourth string sounds.

Other manufacturers are currently researching PureTimbre™ rims for use in resonator banjos, so their research will be more precise for that application, however I was able to get a general feel for application for bluegrass instruments when I recorded the Scruggs standard Cripple Creek. Again, the midtones of the PureTimbre™ rim made this the superior choice for a three-finger style. The two rims were equally bright up the neck and both were balanced when moving from first position to higher on the neck.

The sustain on both rims was equal. Both rims exhibited good note separation without excessive being plunky.

Comparing the rims with my standard rating system, I get the following results: